How did Tony Fauci Become America’s Dictator and King?

Have you ever wondered why or how Bill Gate’s buddy Fauci suddenly became the nations Czar? By what authority under the Constitution?  How did this happen? Did congress appoint him? Did anyone? And yet, he has destroyed the Bill of Rights, has forced almost an entire nation under near total lockdown, and his sidekick Deborah Birx told all of us we should not even go the grocery store now and need to be under house arrest.

Communist governors have gone along with all of this, feeling the power over their subjects, drunk with arrogance, exercising totally unconstitutional powers! The real problem here is the world’s masses, along with the Americans have ALLOWED all of this to happen without even a question like, “What are you doing and by what authority?” Thus, it can be said our constitutional government has vanished and the people evidently have approved of it. The “powers that be”, a handful of rich men are laughing at the stupidity of the masses, and they mock us every day. The spirit of iniquity is rearing its ugly head, as evil men and women grow worse and worse.

All of the lies, contradictions and media chaos has a purpose – keep everyone off guard and confused, thereby rendering them immobile and unable to act against these evil people.  Saying that anyone who dies is now supposed to be labeled as dying from Covid-19, even if they did not, is EVIL to its core, and also proves that Fauci and Birx, along with WHO and the CDC have set this whole thing up to bring in the New World Order, get the people used to taking orders without question, topple the economy, and begin the march in earnest to the MARK OF THE BEAST social credits system. It is all AT THE DOOR. Will it work? That remains to be seen, for the REAL New World Order appears to be an alien/human government, so the arrival has to be very close at hand.

However, people are beginning to ask a few questions. On Tucker Carlson’s show he asked why are those who ask questions being silenced and ridiculed by the communist left MEDIA MOB? Don’t we have the right to ask questions? Since when in a so-called republic do people like Fauci and Birx become the gods of authority that no one can question? Hannity more a or less asked the same on his show on Fox News. Of course, the communist left immediately ridicules all of this with a “How dare you ask questions of these “medical experts.” Experts? What makes them experts? Says who? COMMUNIST UN WHO?

And for that matter, how did Bill Gates become such a “global leader and expert” that even Fox News worships him and his goal of marking all of humanity? The words of Revelation are coming to pass, but the rollout may take a year or so – but the shadows of the NIGHT are becoming darker and darker. Twilight is almost gone, and yet a lot of folks are saying NOT YET, LONG TIME TO GO. “Give me more time Lord, I am not ready now, let me live here on Earth longer.”

Let’s take a good hard look at PSALM TWO to see if it says ANYWHERE that its fulfillment is a long way down the road. Take Psalm Two and Daniel’s 4th Beast and the rise of that 4th beast and it becomes very clear that the UNITED NATIONS and WHO are running this world-wide. You cannot shut down the nations, or chem-trail the world, set up a world-wide 5G network without some GLOBAL POWER ordering the nations of the world to obey and not question.

And then we have the issue of TIME SPEEDING UP, and some are saying it is the Lord compressing time to fulfill HIS AGENDA.

2 Why do the heathen rage, and the people imagine a vain thing?

2 The kings of the earth set themselves, and the rulers take counsel together, against the Lord, and against his anointed, saying,

3 Let us break their bands asunder, and cast away their cords from us.

Now exactly where do the kings and rulers of Earth take counsel together? The last time I looked it was at the UNITED NATIONS in that GREAT CITY BABYLON. In order to LOCKDOWN ENTIRE NATIONS and have all these KINGS AND RULER agree to it, that is, to take counsel together and AGREE TOGETHER, then we have only one place to look – The United Nations and in the case of Covid-19, the UN’s “WORLD HEALTH ORGANIZATION” known as WHO, part of the 4th Beast!!

Are we now witnessing the POWER that the 4th Beast of Daniel has, or is prophecy wrong? Have we watched THE NATIONS OF THE WORLD FOLLOW THE COMMANDS OF WHO OR NOT? Have we watched Agenda 21, for an example, being fulfilled here in America and around the world or NOT? 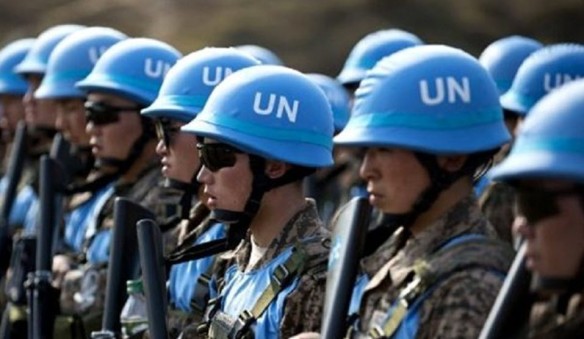 Are we watching Agenda 30 and 50 starting to roll out or not? Has Bill Gates all but commanded that we all need to take a mandatory vaccine & mark of not? Have we not witnessed the kings and rulers follow the edicts of WHO and the CDC or not? 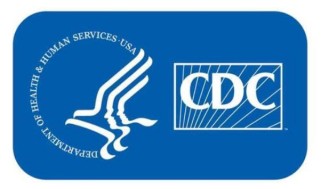 And yet, it is not now, it is way, way, way down the road. So, is this all but national lockdown an exercise or false flag to see where the American people are in resistance? If so, we gave total permission for the NEW WORLD ORDER, under the 4th beast of Daniel to rise and take over our nation and the world for that matter. You see, the FEAR FACTOR has to be continued to keep the people in line. Hence we have Fauci telling everyone 18 months and Birx saying “we have to get down to ZERO INFECTIONS before we can relax our guard. All for something that has a death rate far below even the “flu”. How gullible are we?

Was it not Jesus Christ Himself that warned us that after we saw the BIRTH OF ISRAEL that only ONE GENERATION would pass before all is fulfilled? So, the only questions we have now is WHAT IS A GENERATION? How far along the timeline are we?  Whatever your answer, ANTICHRIST IS RISING UP IN FRONT OF YOUR NOSE and most people are in TOTAL and COMPLETE DENIAL.

Want to know why? Because they are not ready, and they know they are not ready. They fear the judgment of the Lord because they never entered in and walked the narrow way to JUDGMENT. First to DIE, and then the JUDGMENT. The world has refused to ENTER IN. The MANY Christians have refused to enter in. They have PASSED ON JUDGMENT AND LOVE. You cannot do that. You either go into judgment before the Lord NOW while you are alive and be exempted and SET FREE with your “white stone” of acquittal, or you die and go into eternal ruin. YOUR CHOICE.

“I will ascend to the SIDES OF THE NORTH, I WILL BE LIKE THE MOST HIGH”

So, no matter how you slice all of this, it appears from cosmic and world events that the end of humanities probation is very close at hand. So, we wait, we watch, WE PRAY that we be worthy to ESCAPE all of these things and we all occupy as the Lord Jesus commanded us. FEAR NOT. In all warnings is a bigger promise. HEADS UP!!