Welcome to the Best Intelligence Digest – we did this some time ago for free to anyone who wanted to be on our email list, and we had a large number of people who wanted it. This time they will be short, a digest of sorts, and concentrate on ONE MAJOR ISSUE for everyone who is interested in what is going on around them!

The good folks of America and the world are the victims of a huge military operation that does not appear to be military in nature. This appears to be just the advancement of technology and the results that naturally occur with each new advancement. Most people do not realize that the United Nations is in reality a military martial law form of government, so when you speak of the UN’s Agenda 21/30/50 world takeover agenda, you are speaking of a martial law agenda that utilizes civilian clothing, civilian technology and civilian Orwellian double speak to achieve its military goals. It is a wolf in sheep’s clothing.

With that in mind, we need to take a closer look at the BIG TECH COMPANIES, like Google, Facebook, Twitter, YouTube, Vimeo, Pinterest and others that are now very actively involved in censorship of not only conservative points of view, but also of any viewpoint that is contrary to the globalist viewpoints – such as the medical cartels censorship of anyone who is warning of the dangers of vaccines, or who is attempting to point out that many health issues can be solved by natural means, such as changes in diets, adding supplements to their diets, exercise and such. If you go against the globalist’s positions on such items you will be censored, such as has happened to “Natural News” recently. 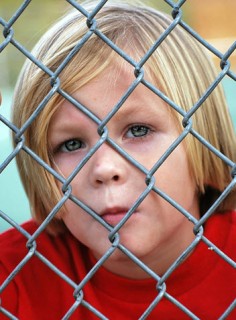 The globalists have an agenda, and it includes a TOTAL LOCKDOWN of any contrary views to the “official state position”. What we are watching is the development of a “Ministry of Truth” suggested by Obama some time back. Collectively, these huge digital tech companies have become their own “Ministry of Truths” and they, and they alone, will determine what is true and what is NOT true. No deviations from their opinions will be allowed.  They have the power now and are actively involved in SHUTTING DOWN even private websites via many different methods. Here are a few of them:

I hope people begin to understand the danger of what is actually happening here as the LOCKDOWN to the New World Order begins in earnest. At the same time, the China system of social credits is being introduced the world over, one step at a time. The new 5G/6G military frequency technology, now being pushed by all world leaders including President Trump, appears to be the final technology for the global Social Credits System to operate.

This social credit system is being developed in China because it is a total dictatorship and the people have no choice but to participate in it, for if they do not, they are severely “punished” for even minor “violations” and are “shamed” in their community. China is the ideal location to experiment on the “cattle” to fine tune the system before it goes global. 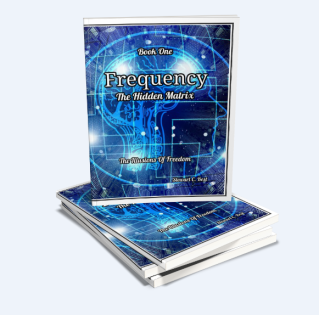 We should call this 5G/6G Social Credit System what it really is – THE MARK OF THE BEAST SYSTEM. It is the final phase of “Quiet Weapons For Quiet Wars” scenario, where EVERYONE is to receive a MARK that totally identifies them and the entire system is a DIGITAL LOCKDOWN CONTROL SYSTEM, and no one can buy or sell ANYTHING without permission from the AI system that will be controlling it. You are already deeply involved within it via your credit cards and resultant “credit scores”, social security system, banking, medical records, etc.

The next phase of this system is now already appearing, and that is the merging of humans with AI via “chip inserts”, which has been dubbed “tran-shumanism”. Adding computer chips to the human brain bridges the gap between humanity and the digital world of computers and creates a direct AI interface so that the PERSON is then connected directly to the GLOBAL DIGITAL HIVE MIND, just like a beehive. You may remember that Madilyn Albright, while UN Ambassador for the USA usually wore a huge honeybee broch. There was a reason for it.

Humanity is being programmed to accept the ANTICHRIST COLLECTIVE. You live in a frequency matrix, and the matrix is THE SYSTEM. What is the Matrix? It is the entire Universe we live in. The Solar System is one tiny part of this Matrix, and Earth a mere tiny dot. The Matrix you live in is everywhere you look, everything you see, hear touch and smell. When you were born, you were born in the Matrix, you grew up in it, and you will remain in it until you die. THE MATRIX IS ALSO THE SYSTEM here on Earth. It is a LOCKDOWN SYSTEM.

Think of the antichrist system as the final system within the Matrix, the final solution of total control of the masses. This is why data collection of everything you have ever done is so important for the AI system. It needs all of this data to create your own personal dossier. If you go online today, and say you buy something from Amazon, like a book or a movie. Instantly there will appear “things you might be interested in”, more books or movies or music of the same genre, all done instantly by AI. If you go to another web site, the ads will follow you.

Do you see how this lockdown will work? It is a TOTAL DIGITAL LOCKDOWN SYSTEM from which NO ONE can escape. This system has crept in totally unawares by most people, and they have been acclimated to not only accept it, to ENJOY IT, TO WANT IT, TO BE A PART OF IT. The MARK OF THE BEAST SYSTEM may well alter DNA within a person, and that is the reason they are not redeemable, because they would not be fully human, and therefore not pure human stock, thus not a “kinsman”. More on that later. BEWARE! – Stewart

Jesus Christ came into the MATRIX in an attempt to RESCUE anyone who wanted “out”. The series “Matrix” PROVES totally that everything Jesus Christ said was totally true and totally accurate. Because we are HARDWIRED into the Matrix System, we are blind to our true reality and the danger we are all in, not only because of the SYSTEM, but we are actually classified as an ENEMY OF THE CREATOR because of the FALL. It is real, and it is dangerous beyond belief. Call 1-800-257-2672. Email enigma@truinsight.com, write Best Video P.O. Box 55, Downsville, WI 54735.

If you wish to subscribe to THE BEST INTELLIGENCE REVIEW, just email us at engima@truinsight.com , or call 1-800-257-2672, we may also issue a collection of these as a hard copy as well. Good to use to inform your loved ones as to what is going on!!