Many folks out there may remember the Point Pleasant, WV, bridge collapse that killed 46 people some time ago just before Christmas. There were many reports of a sighting of a very strange flying man that was called the Mothman. In actual fact, Mothman has appeared before a number of accidents all over the world, if the reports are considered true.

What we can take away from all of this is that Mothman appears to be A DEMONIC OMEN OF DEATH. Recently there have been a number of Mothman sightings in Chicago, and the description of this creature appears identical to the Point Pleasant Mothman.

What is of great interest here is that the movie “Mothman Prophecies” starring Richard Geer contains the number 9-23 AND IT SHOWS UP EARLY IN THE MOVIES, along with a number of 11-11’s. Remember the Illuminati place these dates anywhere they want – such as a car license plate, a clock on the wall, a wrest watch, room numbers, house numbers, etc. If you know how they operate, you can then pick up what the message is. 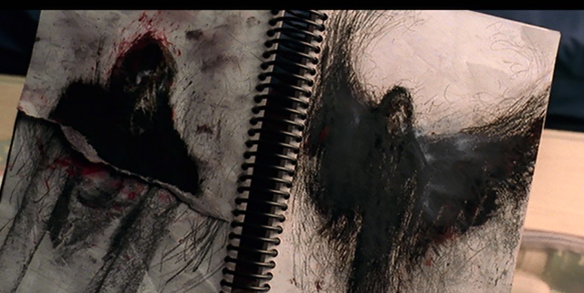 “Mothman Prophecies” placed a very obvious 9-23 date on a car license plate “1283” and it would go right past most people. We have 1+8=9, leaving 2 and 3. Thus 9-23. And so it goes. There are 11-11’s as well. The movie also mentions Chicago as Geer goes to Chicago to find out the meaning of Mothman from a paranormal researcher there. It seems we have a huge Chicago earthquake sometime in our future.

The number of people who have had a vision of a huge earthquake and inland tsunami seem to confirm that something very big is coming in the very near future, that is, 2017 or 2018. Augusto Peres was shown this, Red Elk was shown the same thing, then we have Charles Youngbrandt as another, Charles Youngbrandt’s vision is very detailed. David Wilkerson in his vision that a mega-quake was coming in an area not known for quakes – which could be Chicago or the East Coast area. But before I get to it, I want to turn to the Mothman sightings in and around Chicago. As I said, they are very consistent with other sightings at other disasters. Then we have a few other seemingly prophetic visions:

Here is just one description of many:

Location:  Lincoln Park neighborhood in the city of Chicago, Illinois  and live about 1 ½ blocks from Oz Park.

Entity Type:  giant half man, half bird kind of thing

Entity Description:  I saw a large man, probably 7 feet or taller standing on the ground. It was solid black, but what really stood out were the large, and I do mean large pair of wings that were folded behind him. These wings stood taller than the man by at least a foot and a half and jutted out of his back. It was about 7 feet tall, and instead of clothes, it looked like a giant half man, half bird kind of thing. This thing stared at me for about 15 seconds, which felt like an eternity and then in a loud whoosh it unfurled its wings and screeched really loud, and jetted into the air. These wings looked almost bat-like and were at least 10 feet across from tip to tip. I felt like this thing could see right through me, read me, it knew what I was thinking, like it could stare right into my very soul.”

There are a number of such reports all coming from the Chicago area. Can these be connected to number of visions, some from years ago, concerning a HUGE EARTHQUAKE IN THE CHICAGO AREA THAT is so severe that it devastates the upper region of the Midwest. This quake is so powerful that it causes Lake Michigan to create a huge tsunami, first northward into Canada and then southward, wiping out Chicago and points south with an inland tsunami that empties out into the gulf. It is said that Lake Michigan is totally emptied. There have been many such visions, and one even issued the other day concerning two hurricanes and then several huge earthquakes.

The reason I am positing this is that I wanted to warn folks that after one of the visions that was long ago, he was shown the number 17, but did not know what that number meant. Does it mean in 2017? Could it mean around 9-23 through 12-31-2017? Could it be part of the earthquake visions people are now seeing but do not know the location?  In any event we ARE under Judgment, do not be in denial!!

There have been several recent dream/visions that say that there will be two hurricanes, and then two or three major earthquakes, they seem to indicate the West Coast or East Coast, but one that seemed to be located in a zone not noted for quakes at all, as in the vision given to David Wilkerson quite some time ago. No one knows, this is just a heads up that something really bad is coming at us in this month of September/October area.