They call it “predictive programming”. It is like TV and mind control of the masses, something I learned about from a British Rock Group named “YES”. They were experts at manipulating 20,000 to 30,000 people. I will never forget what Steve Howe told me from the jump seat as I was flying them to another concert. He said you are not playing to 30,000 people, you are playing to ONE SPIRIT.
Do you understand what he said?

This is a FALLEN WORLD. It really is a PRISON PLANET. It is held under a PRISON KEEPER. He plays to the ONE SPIRIT, which is called humanity. He himself is a SPIRIT BEING OF IMMENSE POWER. He holds the human race in total bondage, in a MATRIX, and he is called in Scripture THE PRINCE AND POWER OF THE AIR, or SPIRIT OF MANKIND. He is the SPIRIT of HUMANITY. He plays and preys upon each and every soul born on this planet, and they are total unaware that this is true, and would deny it with great anger. Such is the nature of this DELUSION OF LIFE that is really dead.

But you protest, “I am fully alive, I have family, friends, loved ones and I work hard and I am not dead at all, but very much alive.” The reason you say that is because there is a very real VEIL over your mind, and this veil TOTALLY PREVENTS you from seeing the actual and real truth of your REAL and LITERAL position before your creator. You are DEAD. You really are and that is exactly why Jesus Christ came here. He came here to RESCUE YOU FROM YOUR DEAD STATE. He came here to WARN YOU THAT YOU ARE NOT ONLY DEAD, YOU ARE AN ENEMY OF GOD in spite of all your protests to the contrary. He came here to resurrect your dead spirit and take you home where you actually belong but are now astray, lost and cannot find your way home. Have you ever been lost? Do you know what it feels like to be totally alone and lost, with no one to show you the way?

Jesus was kind enough under GRACE to give us a way to pierce the veil and come out of the matrix and if we would, we would see the actual truth of mankind and their fallen state and would discover the horrific fate that awaits all those who refuse to comply with the methods Christ gave us and commanded us to do. We could then warn others, but as anyone who knows the real truth will tell you, the warnings fall upon deaf ears. People just stare at you, roll their eyes, and walk away thinking you are just a nutcase, someone obsessed with delusions.

The trouble is, when the Creator shows you something, you KNOW it is a TRUTH, and that this truth is not an idea, a concept, a thought, or anything to do with the mind or mental process, it is so far beyond that it defies any language to explain it. It is the DEEP THINGS OF THE SPIRIT. When you pierce the veil you understand for the FIRST TIME what is really going on and why there is so much suffering, pain and tears, hopes and fears, dreams lived and snatched away. We bury our loved ones, we fret over friends who are sick and dying and we wonder why? Why is this so?

It is so because WE REALLY ARE FALLEN, and we really are classified as the ENEMY OF GOD. It may not be fair, it may be very unfair, but it does not alter the REALITY of it. It is what it is, and those who refuse to face up to it, well, THE REAL TRUTH WILL CRUSH THEM, no matter how good a life they have led.

Now you might ask, what has all this to do with 4 days to what?

The thing that bothers me about all of this is CERN. In the first place, they are not telling the general public the truth of what they are really after, which is punching a whole into another dimension among other things, and it appears to have already been done. They also wish TO UNLOCK THE MYSTERY OF THE CREATION ITSELF and the mystery of TIME TRAVEL in a very real way. In order to bring about time travel, you must enter eternity first, then re-enter where you want.

Now the Bible tells us that there really was a BIG BANG. God tells us that He stretched out the heavens as a tent – that is it is or was expanding. It also says that Jesus Christ is the WORD, and that all things that have been created were created BY THE WORD. In other words, HARMONICS. SOUND. Behind SOUND or HARMONICS is another force, the ULTIMATE GOD PARTICLE, DIVINE LOVE.

Now the folks at CERN say they have found the first half of the GOD particle and they need to find the second part. They are looking for the BIG BANG, they say. But that is not really the truth, they are looking for the other half of the God Particle. I know what the other half is, for Jesus told me directly what it is – THE GLUE THAT HOLDS THE UNIVERSE TOGETHER IS “DIVINE LOVE”. It is an energy force that one cannot describe or understand.

When I was searching for the truth behind everything, I wanted to know what held all of this thing we call the “universe” together. I wanted to know the ULTIMATE TRUTH. It never dawned upon me that I could not find it if I searched for it with all my mind, heart, strength and simply refused to give up. THERE HAD TO BE ULTIMATE TRUTH BEHIND ALL EXISTENCE. I was bound to find it, and I did. His Name is Jesus Christ.

He is the ultimate truth, the WORD, the HARMONICS OF THE ENTIRE MULTIVERSE. He put it together and He can take it apart. Behind His power stands HIS LOVE. It is this strange energy force called “agape” that is THE GLUE CERN IS TRYING TO TAKE APART TO DISCOVER HOW IT WORKS. They have no idea, no concept at all of what they are dealing with here. They have no concept whatsoever of the danger they are in for this is A DIRECT ATTACK UPON GOD HIMSELF.

Now the scientists that are operating CERN have publically stated that want to find the GLUE THAT HOLDS OUR UNIVERSE TOGETHER. They want try to break apart this “glue” to discover how it works. In other words, they want to TAKE APART GOD HIMSELF, For God is LOVE and God is a SPIRIT, and thus it is a DIRECT ATTACK UPON GOD HIMSELF, but they do not realize that. Do you think that the Lord is going to allow that? What do think His reaction to this might be?

The claim is that antimatter, which is also called dark matter is an unknown force in reality and must be contained. We also know that evil spirits are attracted to this “negative” or dark matter and that it will EXPAND RAPIDLY if not contained. Thus, it is said, evil spirits can come through the portals that are opened up into our world. But what if there is much more behind all of this? Evil spirit pretty much roam the Earth. According to the Bible, we have many a witness to “portals” from which evil and unknown entities come forth.
So why do we need CERN to open up another portal? We don’t. These beings can come in and out of our Universe pretty much at will already. So there has to be much more to this – NOT ONLY TO OPEN UP the underworld, but this is really an attempt to STORM HEAVENS GATE!!
LIGHT has now been proven to an energy form or “wave” and are energy particles at the same time. We have no idea how the LOVE WAVE works, but we know that the Lord uses the word LIGHT as interchangeable with LOVE. If the glue that holds the Universe together is DIVINE LOVE, then what happens if they succeed and come face to face to their Creator unsanctified? Would God allow such a thing or might He destroy CERN to prevent it?

Now we are told in the Bible that ANYONE who BREAKS FORTH AND MEETS THE LORD that is unsanctified meets IMMEDIATE DEATH. That is really what the STRAIT GATE and NARROW WAY are all about – it is the sanctification process necessary before one can MEET THE LORD and live to tell about it. It is via this method that one can come into union with Jesus Christ and not die.

The point of all of this is that THE LAST HALF OF THIS SO-CALLED GOD PARTICLE is in fact THE LOVE WAVE/PARTICLE which is the CREATOR HIMSELF. Inasmuch as Divine love is the actual and real glue behind all of what you see and don’t see, then if this is found, they have COME FACE TO FACE WITH GOD TOTALLY UNSANCTIFIED. Do you see how serious this may be? Not for the reasons people are speaking of, but rather because smashing through the veil of God’s Kingdom is inviting a reaction from the Creator in a form of defense we know nothing about.

In point of fact, it appears that His reaction to all of this is to UNLEASH the demons of hell and the underworld, and He opens the gateways to the giants of old and tells them to come up to the surface and do their thing, or maybe He opens other gateways we never knew existed and unleashes forces upon the human race totally unknown and says “How is that working for you?”
But then again, perhaps He unleashes the Sun in a series of massive CME’s that scorch men with fire, or He sends a comet down upon the Earth that creates huge tsunamis and wipes out most coastal areas. THEN OF COURSE the Destroyer could swing by  in its many forms, and last but by no means least, He tips over the entire planet in a literal polar shift and says “How’s that working for you?”

All because they would not do what Jesus Christ commanded them to do to find the GOD PARTICLE. No CERN NEEDED, just do what He commanded. To find the real truth behind all of existence is simple. Profoundly simple,  but difficult. NO CERN NEEDED. Because God knows what humanity would attempt to do, would He not have already provided a defense? And a PUNISHMENT FOR THE ATTEMPT? 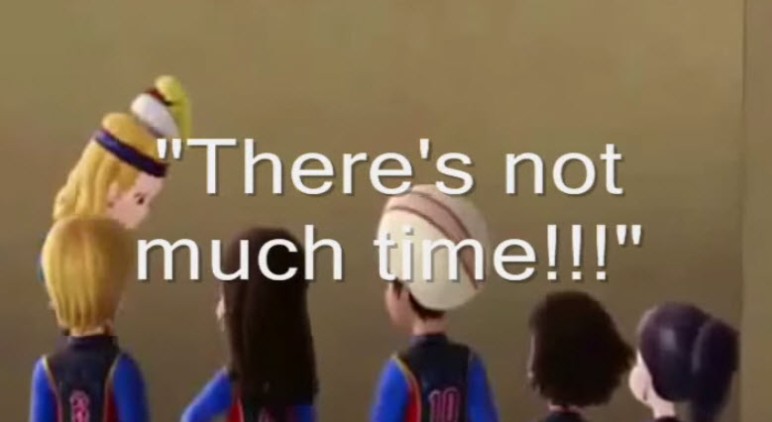 September 23rd, 2015 appears to be D-day and CERN may well have a lot to do with everything that takes place afterwards. 4 days now and counting. 4 DAYS TO WHAT? Will the Lord require mankind to atone? To repent? To give humanity one final chance to see and understand what Jesus Christ was really all about?

It appears humanity is about to find it out. TWO DOORS, TWO GATES, TWO DESTINATIONS.  CERN is spinning up to the highest level of energy yet in an attempt to smash through the veil into the most powerful force in existence – GOD HIMSELF. I wonder how that is going to work for us? How about you?
LIGHTGATE BLOGGER

P.S. Don’t forget to order out two Prophetic Insider series END OF DAYS. It will teach you how to UNLOCK the Illuminati code of false flag announcement. It has begun. We are in. Will God give us another delay or is this it?