The stats are in, the charts all show the same thing, an economy that is, and has been in a recession level existence for some time now. There has been NO recovery IN TRUTH, just a lot of “bottom bouncing”.

Let’s take a look at the real truth of what is going on out there:

Let’s just take a look at number one: 6000 stores closing. That’s on top of thousands upon thousands that have closed already. Each story of a closing represents people losing their jobs, and as more and more stores close, the job market becomes more and more competitive. In some ways, for the remaining business owners it’s an employer’s market – for they can pick only the most qualified to fill what few positions there are.

These store closings have been going on QUIETLY since 2008 and the proof is everywhere. “For Rent”, or ‘For Lease’ signs can be seen all over Main Street, USA.  All of these stores were “employers”. The people who worked there thought they had a steady job and dependable income. THEY DID NOT. THEY ARE OUT. Most with no pensions, no bonus checks, no severance pay, NO NOTHING.

My son-in-law worked for a major IT company for many, many years, but when he neared retirement, he was let go, and lost his pension, and was given a minimal severance allowance. All companies have a bottom line concept, and their loyalty is to their bottom line and you don’t count. Get it through your head, YOU DO NOT COUNT. YOU NEVER DID. YOU NEVER WILL. So if you think you are safe and your position/job is secure, guess again!!

Folks, MILLIONS are unemployed and CANNOT FIND A JOB. Millions more are on “unemployment” but that soon runs out. Millions have lost their homes, along with everything they worked for years to obtain. Millions more are on all sorts of welfare. Maybe you think and are sure your job is “secure” and you have nothing to worry about. Think again. This is a systemic failure, the entire global system of fiat money is failing because it is backed by nothing, and is a gigantic sham operation. The Bible even says the Federal Reserve system is one gigantic criminal operation!!

The framework UNDERNEATH this banking system of “credit” is BUSINESS. He who controls the “gold” rules, so to speak. You don’t THEY do. But there are things you can do to mitigate the damage. 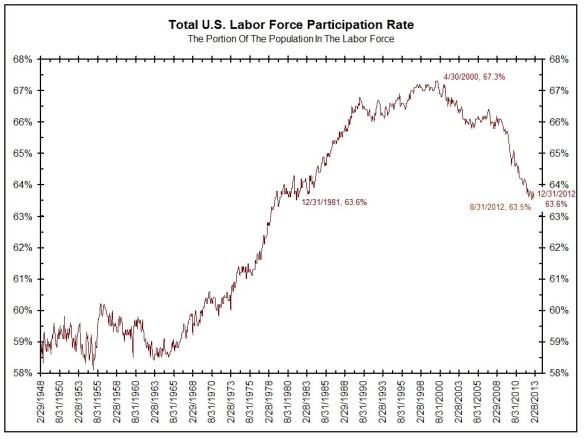 America is being brought down deliberately by the international banking cartel, but even they do not know what will actually happen when it does finally implode upon itself. Nor do they know exactly when, because that is up to the Creator and His timeline, not theirs. It could happen tomorrow, it could happen in 2018. Prophecy, however, indicates that trade and merchants are in full operation right up till the time of the nuclear attack upon Babylon-America. All the nations of the world watch America burn. That indicates that it is “business as usual” at least in some sections of the world, because no merchant will ship his goods to us if no one is buying them.

There are other prophecies that also indicate that things are fairly normal, with the usual ups and downs of the nation’s economy, some sharp turns here and there, but not any major implosion until the attack comes. Time will tell, it always does.
The point here is that there are many and silent and invisible forces acting upon our economy and the primary one is THE CURSE of the Lord upon the people of the United States. The curse is not an instant thing, it is a long wear down of futility for most people. When God targets a nation, He hits it where it hurts the most, and gives OUTS for HIS PEOPLE so they can survive the turmoil and chaos that is coming.

John Williams of ShadowStats is an expert economist who has testified before Congress. I personally met and spoke with John when he visited my home awhile back. He knows of what he speaks. Here is his latest headline release:

But when you have a lemon economy, one can actually make lemonade, but to do, you have to, you must, think outside the box. While the “brick and mortar” stores and busy cutting back and laying off millions of workers, the necessity for development of “alternative income streams” to help one through the chaos becomes an imperative. That is, if you want to eat and have shelter.

The American Dream has turned into a nightmare for millions. One of the reasons this is so is the concept that “gainful employment” means you are working for “others”, and you are on their payroll, your wages are being withheld by the IRS, and you travel to and fro from home to work. When people ask if you have a job, they mean automatically, “who do you work for and what do you do?”

If you do not believe this is true, try buying a house with a loan (mortgage) from a bank!! When they find out you are “self-employed” the red lights start to flash, and you must produce tons more information for years back just to be considered. However, if you walk into the bank and are employed by IBM or other large company, earning a good salary, the loans flow automatically and almost with no questions asked. Why is that? Because our entire economy is based upon “worker bees” that work for OTHERS.

But the “payback” is now becoming obvious and more so every day as more and more big name businesses are closing their stores all over Babylon-America.

Cain was a city builder. Cain has a worker bee mentality. Cain/Nimrod wants you to be employed by others because he wants you to be dependent upon others, and not self-reliant. SELF RELIANT IS A DIRTY WORD. How dare anyone even suggest such a thing!! Social Security is another example of making everyone dependent upon the government. They steal your money in the first place, then claim it is a government “benefit” when they give only part of it back.

We have all been programmed to believe that we MUST WORK FOR OTHERS, there is no alternative. Mom and Dad all worked for “others”. Grampa worked for “so and so” and retired with a pension. The government feels you cannot even save for youre retirement, hence “Social Security”, deducted from your “employee” paycheck.

And now, folks, when you make a bank deposit in your local bank it is no longer actually your money. It is instead an “investment” in your bank, and if they lose it, well, too bad, soooo sad!

Yet if you want to mitigate what is coming down the pike, you better, you must consider SELF RELIANT ALTERNATIVE MONEY STREAMS.

The concept that one could actually be gainfully employed NOT WORKING FOR ANOTHER is simply not considered. It is shown that way in the actual employment figures. The bias is enormous and weighed totally in the direction that you MUST and SHOULD hold a REAL JOB. meaning you work for some business owned by others, not you. Am I wrong here?

I have worked for myself for over 30 years and have survived all of the ups and downs of this erratic economy. I learned how to extricate myself from working for others to working for myself. I learned HOW TO DO IT, and also WHAT NOT TO DO. I want to teach you the ins and outs of not only extricating yourself from your “job” but also help you understand how to enter a most amazing opportunity.

During my investigations, I have found ONE, and ONLY ONE, totally safe and upright opportunity that can produce MULTIPLE STREAMS OF INCOME and do so RAPIDLY if the correct strategy is employed. It costs almost nothing to get started, and the income possibilities are staggering because of HIGH TECHNOLOGY. There is little if any risk involved, because this strategy that I have investigated and am learning about DOES NOT interfere with your normal “employment” income stream whatsoever!! This allows you to build your multiple income streams “on the side” with little actual time and effort.

It sounds too good to be true, but believe me, IT IS REAL and many of those involved are making thousands of dollars, hundreds of thousands or millions of dollars, all because of extreme advances in technology. You can as well. IT IS UP TO YOU!! All you have to do is learn the ropes, and that is what I feel I am to do next in this ministry – help others help themselves financially while there still may be time to do it.

I have verified all of this and will be releasing TWO MAJOR INVESTIGATIVE REPORTS concerning the what, the where, the when and HOW this system works, and I will prove it with factual data.

Let me clear about one thing, however. It does requires of you FAITH and BELIEF in yourself! Most people get into a “comfort zone” and cannot even consider working for themselves at home, because they have always thought of “work” as working for someone else!!!  NOW IS THE TIME TO CONSIDER BEING YOUR OWN BOSS, WORKING FROM YOUR OWN HOME. SETTING YOUR OWN HOURS, AND MAKING MUCH MORE MONEY THAN AT YOUR “JOB”. iT CAN BE DONE, AND IT IS BEING DONE EVERY DAY!!

Never before in recorded history has such a golden opportunity EVER BEEN OFFERED TO ANYONE, regardless of AGE, EDUCATION, OR CIRCUMSTANCE.   Opt in below for your FREE first Special Report and sign up for my special Alternative Income Stream News Letters AND GET THE FIRST MONTH FREE OF CHARGE. These newsletters will be filled with stats and info on the real economic situation and filled with tips and leads to develop your own income streams. I will keep you up to date on what the trends are as well!!

THIS REALLY IS FOR REAL – Your first digital 3D report will be ready for you no later than 5-20-2015 and hopefully much sooner. OPT IN or this report and newsletters will not be available. Thank you for your time.

Email me at enigma@truinsight.com to OPT IN. Simply say OPT IN SPECIAL REPORT. There is NO OBLIGATION to continue and you can OPT OUT at any time!!

Remember you have nothing to lose and everything to gain!!

4 thoughts on “Magnitude 12+ Financial Quake Coming And What You Can And Should Do About It!!”